¶ Now that we are aware of just how twisted, dangerously fatal, wickedly perverse, treacherously cruel, without mercy, in-your-face, violently insane, and fiercely engaging these invaders of our precious Crown Jewel are, these marauders of the Republic, we had best heed the Spirit of God’s Call to Arms. To combat these THINGS that have crawled up out of, what we thought was, that sealed infernal region of the nethers, Abaddon’s abyss, we must be equipped with far more powerful weapons than the conventional stuff. Conventional weapons will not cause these things to even stub a toe, much less fall back in fear, or disappear into the outer darkenss, or the abyss from which they came. Only the Powerhouse of God’s Word, the Sword of the Spirit in the hands of the faithful, the enduring, the knowledgeable (you must know how to effectively wield this Sword), and the fearless will pull down these strongholds that come to exalt themselves against the Knowledge of God in this nation. (2 Corinthians 10:4) It’s up to us! Be well aware of this; they are doomed and they know it, therefore, they have absolutely nothing to lose, they simply want to make a train wreck out of your life and take you down with them. These things that have crawled up out of the nethers are not flesh, and bone, and blood though they do inhabit flesh, and bone, and blood. Neither can they be destroyed by conventional weapons nor a tough-guy, bad-boy, bring-it-on attitude. They have crept in unaware neath the cover of a cryptic veil laid down by the Shadow of the Black Swan and they will “eat your lunch”.  As our Crown Jewel slept – they crept. Up out of the nethers they came as if some ancient iron door had become unhinged. Up into the cool breezes of the earth they came, wafting with the daft of insanity, corrupting the minds, darkening the hearts, and perverting the desires of those who obviously did not have the Blood of the Lamb Slain upon their doorposts, and over their mantles. Now, that’s not your fireplace, or is it? Our “mantles” are our gifting’s, our anointings, and our “place of calling” that cover, as a mantle, our minds, hearts, souls, and physical bodies in the complete fashion of our entirety. I must go on to say that, in Christendom, in this here United States, there are great heaps of many so-called “ministries” littering the land that are not covered in the Blood of the Lamb Slain, much less, powered by the Spirit of God. It is into these that the sly theatrical spirits of the counterfeit set up camp and have their heyday.

¶ Did we not awake to what we thought would be one fine and sunny day, only to see, out there on the horizon, a Beast rising up out of the Sea of Humanity? Did we not do a double-take, looking again, and find perverse God-haters and daffy morons ruling over what was once our “One Nation Under GOD” as mayors, and governors, while in our honored seats of Congress, our Senate, and our Supreme Court sat madmen, pedophiles, tyrants, cokeheads, and devil upon devil bowing down to an ill-omened specter from Africa in what should be our well guarded Oval Office? Out there on the horizon, out of the apocalyptic dust and debris stirred up by the tail of this Beast can you not hear the faint sounds of the rattling of sabers, the pounding hoofbeats of the warhorse, the distant roaring of the cannon, and the horrid cries of anguish of your brothers and sisters and their children in the impoverished countries of the earth now growing louder and louder in our once Great Crown Jewel? Are you deaf? The enemy is no longer at our gate, he is in our land and he is in our house. We are in great peril! Our precious Crown Jewel is taking upon itself the tarnished dross of Third World Brimstone Badlands. Legions of ill-omened-specters, spirits of fear, raging vandals, and destroyers have flown in from the outer darkness under the shadow of the Black Swan summoned by this evil entity to coordinate with those things that have crawled up out of the nethers to spiritually, intellectually, and literally, kill, steal, and destroy our precious Crown Jewel, while spirits of error, wilderness spirits, all dressed up like Angels of Light are appearing, here and there, masquerading as messengers of revelation knowledge in what are supposed to be our Solemn Assemblies across the land. These specters, raging vandals, spirits of fear, and destroyers have come to wear out the Patriot while their dark counterparts, the spirit of error, the religious spirit, and lying spirits, all dressed up like Angels of Light have come to confuse, divide, and deceive God’s people. These hellish rockers, pied pipers, and seductive divas come to fiddle, pipe, and rock the naïve, spellbind the gullible, mesmerize the foolish, and beguile the self-righteous and the religious with seducing spirits into a utopian trance only to have them awaken later out of their woke and stupid stupor in the fiery abyss of Abaddon, fully aware that they spent their entire lives dancing off into the terrifying, Mephistophelean darkness with whoring, wilderness spirits!

¶ Unlike the countless denominations in this here United States, wilderness spirits work together, Oh, they work together, I wonder how they manage that? – They labor relentlessly… “To wear out the faithful of the Most-High, to change our times, deceive our hearts, muddle our minds, tear down our history, and replace lawful freedom with anarchy and ultimately, Satanic Rule….” {Daniel 7:25 wcv} Oh yeah, they have come to “hiss” us and to “dis” us, to hiss at us in mockery and “dis” our “mantle”. They have come in force to dis-mantle us. They have come to dismantle the God-given Mantle of this One Nation Under God. They have come to remove from the face of the earth this last bastion of Freedom and turn us into Sodom and Gomorrah. They have come to shatter our ability as a nation to stand in the Name of Jesus against the wickedness of this present, evil world. These two, the ill-omened-specter (anti-Christ) and the spirit of error (using what is good to do evil and what is evil to do good – hmmm!) are working overtime to dismantle our God-Given Crown Jewel from the inside-out and the outside-in. This Crown Jewel, the United States of America, this One Nation Under God is standing at a CROSSroads, Oh my, there’s a Cross in the road, an Old Rugged Cross that can not be pulled down, tumbled, or even budged by insane rioters, A Cross that this nation once knelt before! Let these rioters linger too long in IT’s Shadow and I promise you, they will fall, either to their knees in repentance, or into the abyss!

¶ Now, in SUMMARY, I have a parable for those that have Ears that not only hear but possess that special ability to take it to the heart. They’re known as The Godly Kind.

¶ Symbolically speaking, November signals the final stages of life. In this neck of the woods, our lush Summer did bid us adieu with a grand finale of beauty entitled the Fall of the Year in which she miraculously magnified the fiery brilliance of her Born Again Soul with majesty and splendor unspeakable by blessing us with a season of colors and hues beyond description before graciously yielding to the harbingers of winter – reminding us that even though, as her last leaf fell from the grandiloquent heights of its lofty spire, and even those that died, yet in stubborn faithfulness did cling to the Branch with all their might, they were, like all the others, broken loose and driven from their once aery crown of grandeur to the bleak and barren ground of humility by the stiff and rakish winds of winter – and though we must all give-way to the harbingers of winter, those who are truly His will not lose their Mantle of Beauty. Why?  Because old Oaks of Righteousness have been Ordained of Old by the Ancient of Days Himself to endure the harsh and humbling austerity of fierce winter winds only to return with all the striking royalty, majesty, splendor, and Power our hearts and minds can handle, with a moving Resurrection of Life in the Spring of the Year. What a magnificent way to say to The Godly Kind, “Don’t lose heart, I’ll see you in The Spring-a-the-Year, and ultimately, in the Resurrection of the righteous in that City not made by man.”

God bless each and every one of us with Wisdom from on High and the strength to stand against this present, evil world until He splits that eastern sky! Oh yeah, and a bit of humor to boot.

©Letters From Over Yonder & ©The Deep Fetch are published by William & Cynthia Pub. Co. (All Rights Reserved)

THE DEEP FETCH {Part I} THE FOREST

THE DEEP FETCH {Part II} A Fetch of FAITH

Comin’ Down the Mountain

One Picture and a Thousand Words 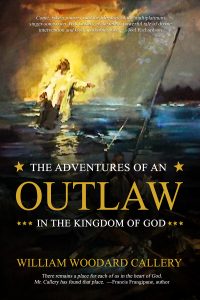